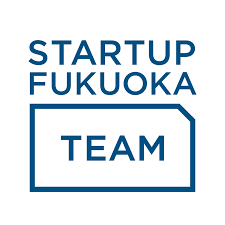 Startup Fukuoka is a government-run organization that operates an incubation facility that collaborates with private organizations with the aim of centralizing all startup support functions. In total, 180 institutions are involved.  More specifically, the facility works as a one-stop center that provides a range of services for domestic and international startups free of charge. These include financial aid for office space and house rent but they also provide marketing, distribution, legal aid, and funding support besides support with administrative work when setting up the company.

Since the Startup Fukuoka initiative was launched in 2014, Startup Fukuoka has entered into collaborations with 14 cities in 10 countries throughout Europe, North America, and Asia. Among these is the city of Helsinki, and Finnish startups have begun taking advantage of the program. Also, companies like Coffee Pixels and Stigo from Estonia, as well as Junno from Latvia, have been able to leverage Fukuoka’s services for Japanese expansions.

This website uses cookies to improve your experience while you navigate through the website. Out of these cookies, the cookies that are categorized as necessary are stored on your browser as they are essential for the working of basic functionalities of the website. We also use third-party cookies that help us analyze and understand how you use this website. These cookies will be stored in your browser only with your consent. You also have the option to opt-out of these cookies. But opting out of some of these cookies may have an effect on your browsing experience.
Necessary Always Enabled
Necessary cookies are absolutely essential for the website to function properly. This category only includes cookies that ensures basic functionalities and security features of the website. These cookies do not store any personal information.
Non-necessary
Any cookies that may not be particularly necessary for the website to function and is used specifically to collect user personal data via analytics, ads, other embedded contents are termed as non-necessary cookies. It is mandatory to procure user consent prior to running these cookies on your website.
SAVE & ACCEPT