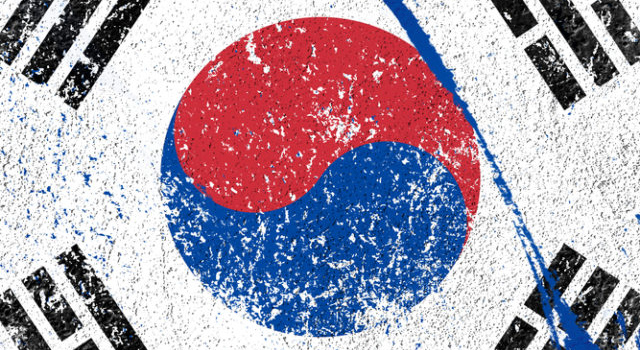 Korea – kicking above its weight

The Korean startup scene is growing at an exponential rate, providing a vast array of opportunities for foreign startups. But where to begin? And how to start? Here’s a first blog from our recent field trip to Seoul.

The Korean startup scene is flying well under the radar. It wasn’t mentioned in the canonical Global Startup Ecosystem Report by Startup Genome, nor by Danish startups looking to Asia, according to our own recent survey.

However, the Korean ecosystem is making its mark. Korea ranks 24th on the Global Entrepreneurship Index, ahead of Japan and Singapore, and last year, Korea topped Bloomberg’s Innovation Index for the second year in a row. Today, the Korean startup scene is growing rapidly, and now numbers 30,000 startups employing over 100,000 people, mostly in Seoul.

Much of this development is driven by public initiatives. The Korean economy is fuelled by exports and dominated by large conglomerates. The government wants to diversify the economy, and has spent USD 2 billion a year since 2013 on strengthening the innovation ecosystem. South Korea spends heavily on R&D, second only to Israel, and last year the government announced a new USD 9 billion fund for startups.

Hence, much of the Korean startup growth is fuelled by ample seed funding opportunities provided via the public sector. Seed funding in the Korean ecosystem tends to come almost solely through government grants or corporate accelerators and incubators.

The private investor scene for innovation investments is quite different from the Danish one. Business angels exist, but lack a coordinating entity that is accessible to outsiders, and thus difficult to access without the right connections. Furthermore, VC funding outside of funds from large corporates are relatively conservative, with investors preferring to back safe bets with a proven track record over untested innovations.

By extension, many Korean startups are making copycat version of proven overseas models, as opposed to truly new innovations. As a result, the startup ecosystem is characterized by the strong influence of multinationals like LG and Samsung, as well as the government’s own policies and priorities for new technologies.

Korea’s dynamic startup ecosystem growth means there are new opportunities for international startups, especially in fields where Korea already has a stronghold thanks to local talent, resources, and infrastructure. For international startups looking to scale into the Korean ecosystem, it is absolutely critical to work with local partners, and the ecosystem is still only just beginning to open up for foreigners.

Local partners are also important, in order to understand the cultural and legal frameworks within the business culture of Korea, which is extremely different from Western business culture. Often, Scandinavians in particular find it difficult to navigate the very hierarchical structure of South Korea.

Another barrier of note is government regulation within technology innovation. Outdated regulations that help the big conglomerates dominating most Korean industries mean the barriers to entry for startups are high.  For example, there are no internet-only banks in Korea due to regulations limiting non-financial companies investment in the sector.

According to a report from Reuters, “South Korean laws would entirely or partially block about 70 % of the world’s top 100 startups by investment size from bringing their services to the country, according to joint research by Google Campus Seoul and the Asan Nanum Foundation. Those include giants Airbnb, Uber, and China’s Ant Financial.”

Nonetheless, Korea is still a very attractive destination for Danish startups, especially within our own strong Greentech and IoT sectors, with government support programs in both regions hoping to grow and internationalize local ecosystems through more international collaboration.

The Danish startup ecosystem shares a commonality with Korea, in that both ecosystems are overlooked globally as innovation hubs in favor of flashier neighbors with more diversified access to VC funds. However, the Nordics are a world leader in green technology, and as a result there is also global interest in innovations from this sector. This means that Danish Greentech companies can enter the Korean ecosystem with a high level of respect for their expertise thanks to the region’s strong brand within Greentech.

Like much of the tech ecosystem in Korea, Greentech is dominated largely by major corporations.  Many of these companies have opened innovation sandboxes for startups through incubators and accelerators or have VC funds that invest in Greentech at a global level. Especially relevant for Danish and Nordic startups are Seoul Global Startup Center, the K-Startup Grand Challenge, and D.CAMP.

Additionally the startups may find it relevant to collaborate directly with government agencies such as the Korean International Trade Association (KITA), as the Korean government has ambitions to pursue renewable energy.

Korea is a major hub for IoT and related technologies, such as gaming and AI, and as such there are opportunities for Danish startups in these sectors, especially through collaboration with one of Korea’s large telecoms such as SK Telecom, KT, and LG. Korean telecoms are global leaders. In 2019, 5G mobile data service will be introduced by Korea’s three largest telecoms as part of a government-backed initiative, making it first nation in Asia to launch commercial 5G networks.

Incubators and accelerators connected to Korean telecoms are often open to international applicants. One of the largest, Samsung Next, has established a fund of nearly US$150 million,  targeting startups specializing in VR, AI, IoT, and “other new frontier technologies.”

Other programs of note include SK Planet, a subsidiary of SK Telecom, an IoT focused program that offers everything from co-working spaces to assistance with device testing, the Naver D2 Startup Factory, a subsidiary of Naver, the “Korean Google”, an accelerator that provides free workspace and seed funding within fields such as ML and IoT, and SparkLabs IoT, a Seoul-based division of the successful global accelerator program.

Do you have Korean startup ambitions?

Learn more about opportunities for Nordic startups scaling into Korea and find a program that can support your startups’ growth into this region.